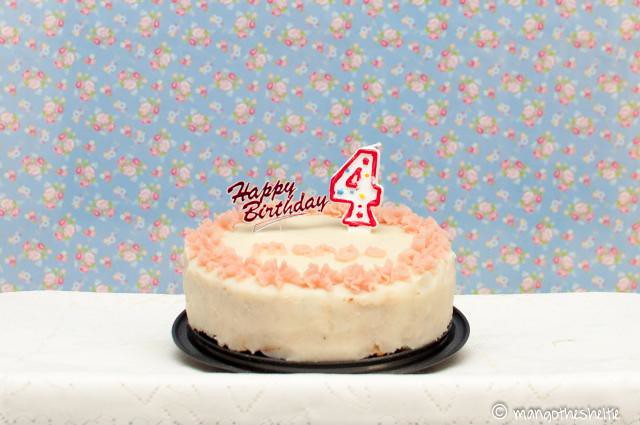 So I made a cake for Mango for his 4th birthday. I think I overdid it as it was huge. And he had cake for his dinner for 4 days straight, and that was only 1/3 of the cake because the rest I brought it to the outing on Sunday. I’m assuming this cake can probably feed say…. 10 or more medium sized dogs during a barkday party? Since you don’t feed a full meal from a cake to dogs during a party…

Entire recipe was based on gut feeling! And instructions are my own (with thoughts about my methods used). So feel free to adjust according to your own needs! It’s my first time making a bigger cake and trying to bake it (steamed his cake last year).

Actually, technically, this isn’t really a recipe. Just some notes on how I made the cake. I think the process could be streamlined better? I should probably attempt this again with an easier way to make this.

Read on if you’re curious how I made this cake! 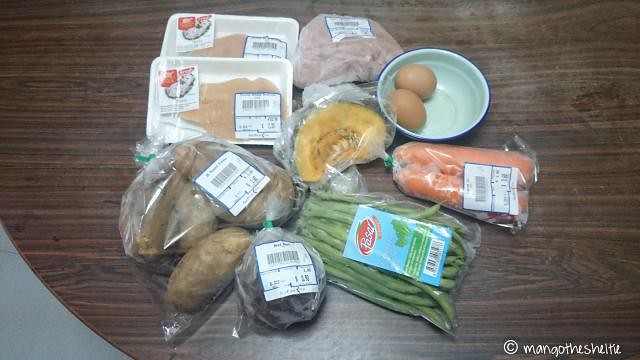 Total amount spent: ~S$25. And all ingredients not finished.

For “icing”:
Bag of potatoes
Slice of beetroot

You can change the meats or vegs according to what you prefer. I couldn’t find broccoli in the supermarket, otherwise I’d have added that in too. 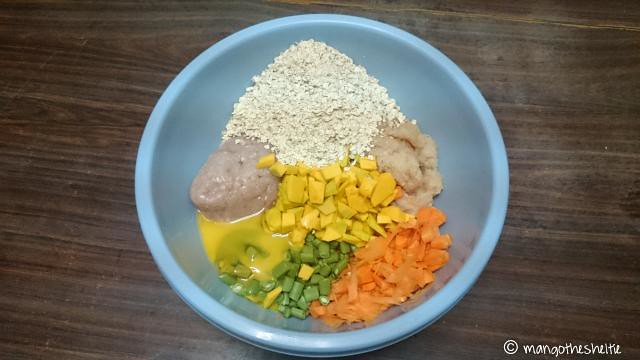 Medley in a bowl 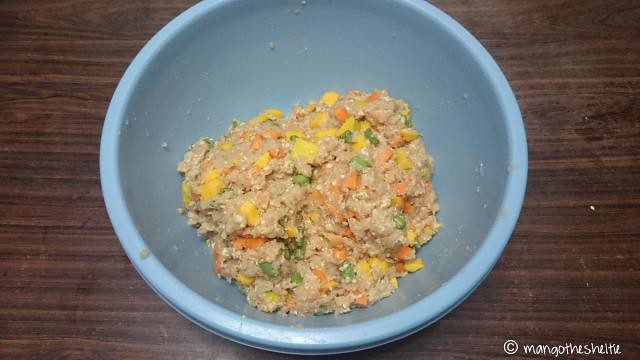 I think I could have had added more oats to absorb moisture from the vegs and meat… Adjust accordingly, based on your feels (this is not helping much, right?). 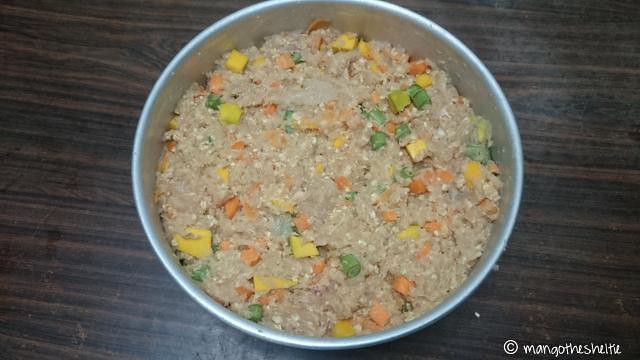 Basically what you need for this meatloaf cake is just meat, oats, egg and vegs. Quantity can be adjusted to what you feel is enough for your dog. No baking powder/soda.

I tried baking for about 40mins without steaming first and realised that the vegs were still hard though meat was done, so I took it out of the oven and steamed it first, then removed from the pan and put the cake on the base of a springform pan, then baked it for another 15mins to reduce the water in the cake. 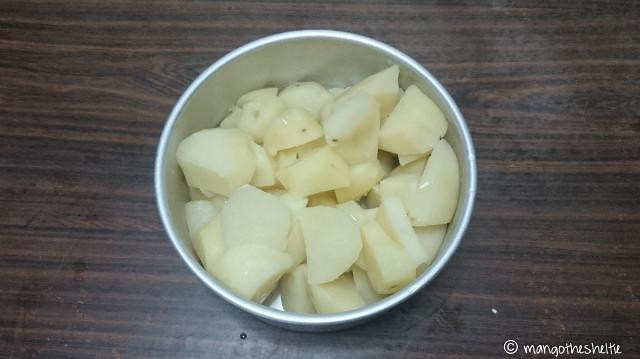 I steamed the entire bag of potatoes (peeled and cut into smaller pieces) for about 20-30 mins. 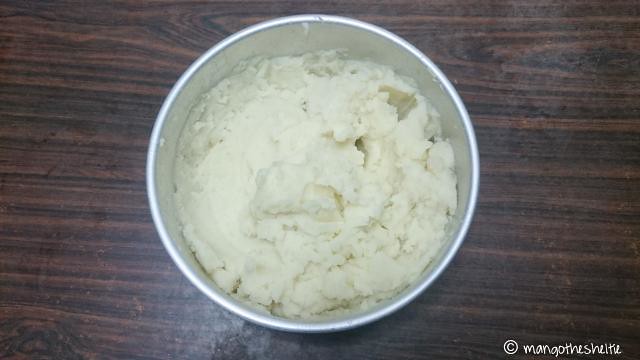 Then hand-mashed them using the masher thing I bought after I learnt the hard way last year that is it not possible to mash potatoes finely using a fork/spoon. 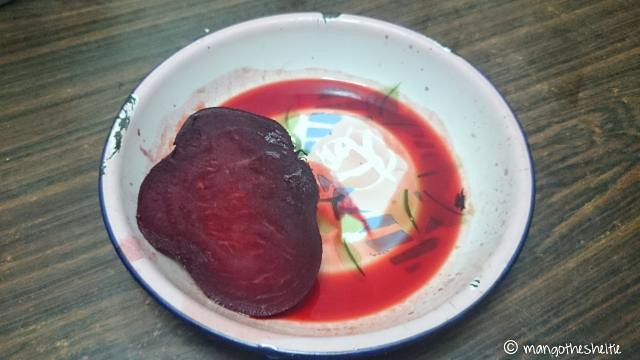 First time using beetroot. I sliced one small portion and steamed it for about 20mins for the juice to come out, and just used the juice in the plate. But if you want more extract, you could possibly dice the beetroot, steam it with a little water in the plate, then sieve to drain the juice after. I didn’t need a lot of the juice, so I used only the extract in the plate (on hindsight I should have used more juice).

You can choose to skip this coloring step if you’re not interested in decorating. Or just color the entire batch of mashed potatoes so you get a pink cake. Other color options include using blueberries for a purple cake? But blueberries are expensive….. 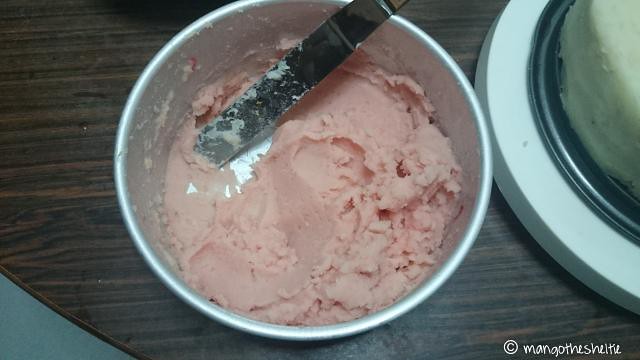 Separate a small amount of mashed potato to mix with beetroot juice for decorating cake. You can choose to skip this coloring step if you’re not interested in decorating. Or just color the entire batch of mashed potatoes so you get a pink/red cake.

Did the stuff with the potato while waiting for the cake to be done. 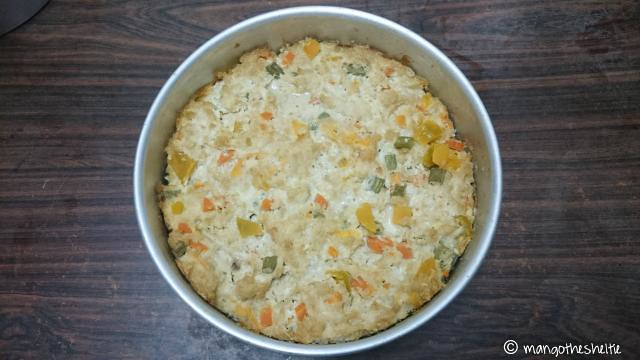 After 40mins of baking…

Carrots and pumpkin and french beans were still hard, so the decision to steam it! 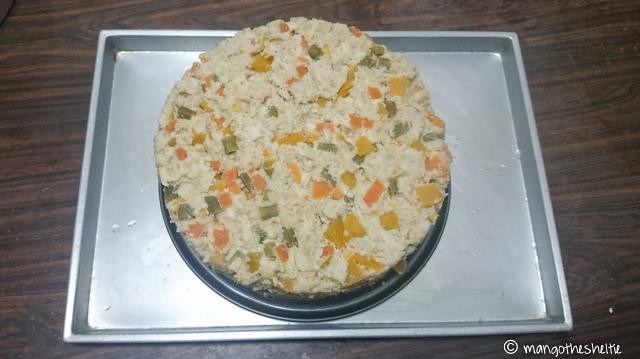 Steamed it for approximately 20mins and the vegs were cooked by then. But the cake was too moist (will fall apart). But I thought water is not going to escape properly from the cake pan, so cake was removed and put onto the base of a springform pan. Into the oven it went for another 15mins! 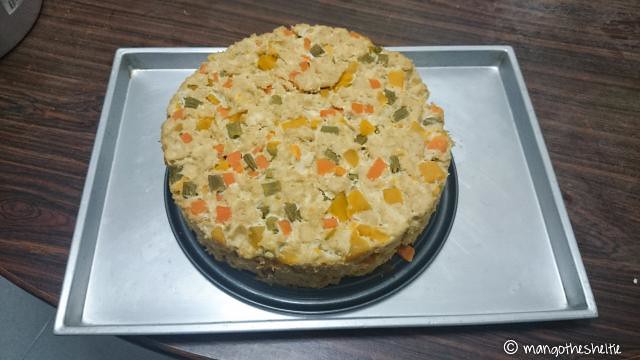 Nice golden brown color after baking! Left it out to cool till almost room temperature, then spread the plain mashed potato onto the cake, and decorate using the colored mash in a piping bag.

Had tons of leftover mashed potato, so I think you could probably reduce to 3-4 potatoes instead of 5 I used? 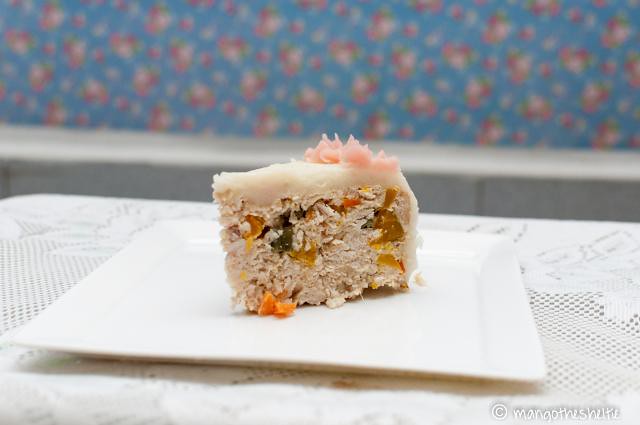 Inside of the cake 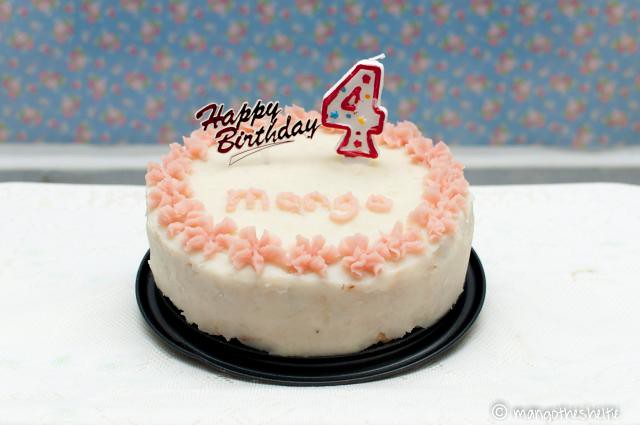 Have you ever made your dog a cake? What’s your process like? Let me know!