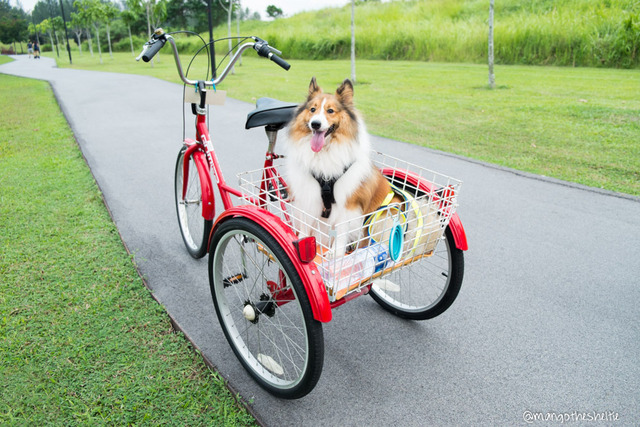 So we went cycling again (quite some time back)! The last time I blogged about it, was from the very first time we had a gathering and cycled with the dogs. Since then, we’ve been back a few times with different groups of friends for a little cycling. This time, it was just Sis, Mango and I. 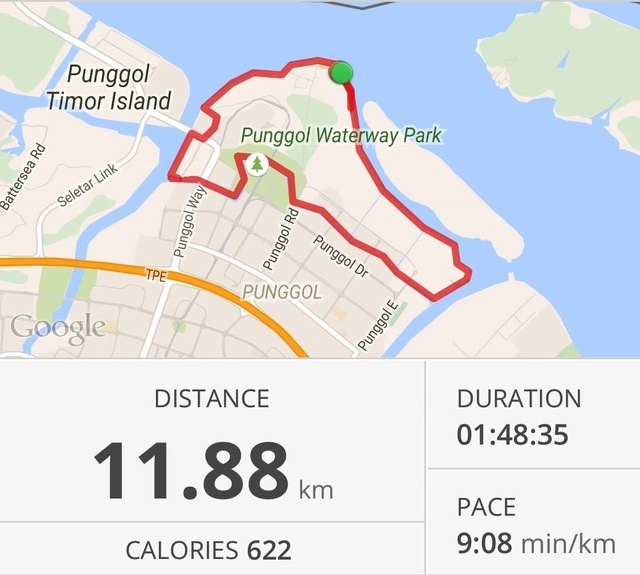 Pace is super slow because it included rest time

The chain of the single bike came off, so we had a minor detour back to the shop. After getting everything fixed, off we went! The first 3-4kms were done with Mango running alongside the tricycle. Subsequently, we had Mango in the rear basket of the trike so we could go a little faster.

*Note to self: Maybe start off with dog in basket and get through the crowd near the shops and let dog run along when along Punggol Waterway Park where there’s less traffic so we don’t feel so stressed about going too slowly with the big trike blocking the way. 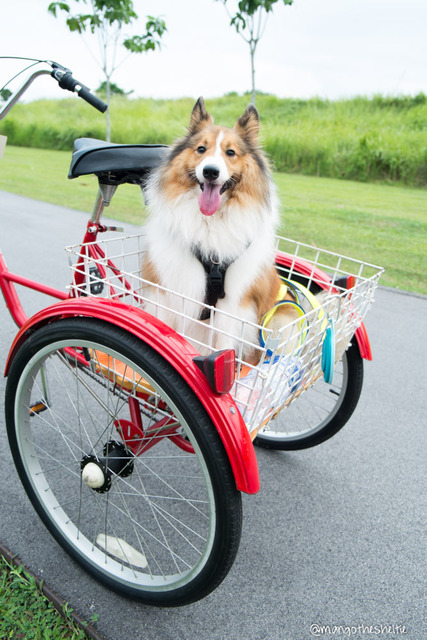 Happy Mango in the basket!

Cycling is an activity you can do together with your dog. Especially if your dog has higher energy level than you have. Or, in my case, has low energy like me. So to build up some stamina, we do cycling (and jogging sometimes)! Initially I started out by jogging with Mango to get him a little more stamina and get used to running alongside me. We also rented this trike just for the sake of the huge basket it has at the back so he could rest if he couldn’t run anymore. We started with about 3km+ the first time we went, and subsequently he can do about 7km+ now, just at a really slow pace. It’s a slow but steady thing! Press on!

*Do not force your dog to run too much when starting out. Build up stamina and speed over time!

Although sometimes we do get lazy from going so slowly that we put him in the basket. ^^”

#MangoWalks: actually, cycle la. 😂 Mango did about 3-4km before we decided he should be in the basket due to tons of cyclist along the path and the trike taking up too much space by being so slow and blocking other users. Took turns to ride with him! Tons of stopping for water breaks. Scenic ride from Punggol Point through the entire Punggol Waterway Park then back to Punggol Point! 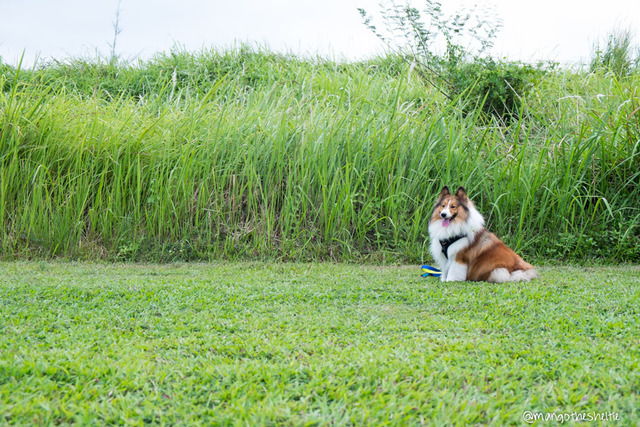 Stopped for some photos along the way! Much greenery, many loves. 😀 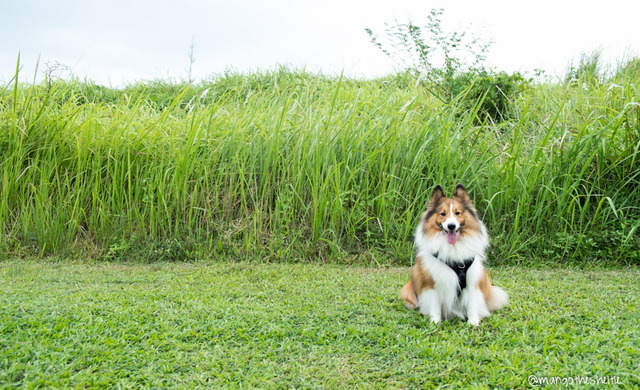 Cycling with your pooch can be a fun activity too! Build some stamina and you could be going further next time!

This is the FitDog Friday Blog Hop hosted by SlimDoggy, My GBGV Life, and To Dog with Love

25 thoughts on “Cycling with a basket full of Mango”