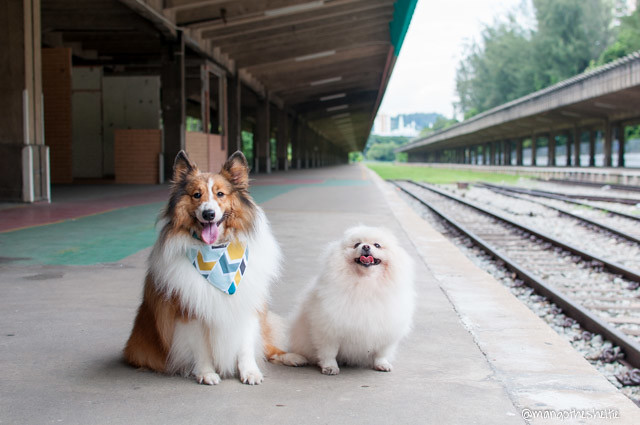 Mango and Cobie waiting for the (non-existent) train

We made a visit to the Tanjong Pagar Railway Station before its closure last year thanks to @codytheshetland‘s mama’s arrangement. She arranged a visit the Railway Station in November with the Singapore Land Authority for a private visit for the group of us to snap photos! We had quite a fun time (though the weather was really humid). 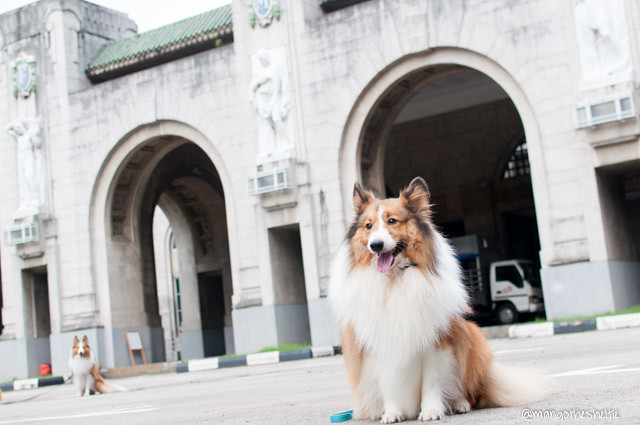 Mango (and Cody in the background)

The Railway Station has since been officially closed from 26th December 2016. Previously, it was opened to the public on public holidays for people to visit. It was always crowded though. And more than a little difficult to take photos (especially with dogs). The last public affair was a Christmas Day celebration (see here for photos of the event by the Singapore Land Authority). It’s now closed for construction works of the new MRT station partially beneath it. 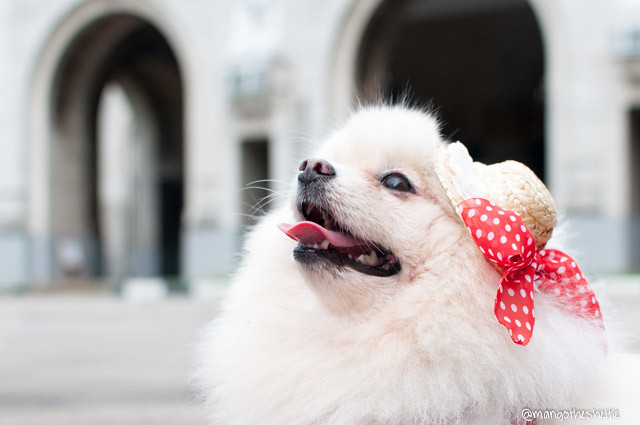 We had approximately 2 hours there and we definitely made full use of it. Read on to see more pictures (many many pictures and a video) of our romp! 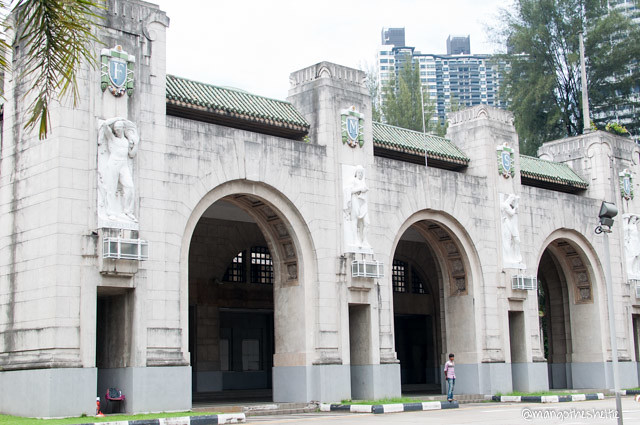 The station entrance is sheltered by an arched portico featuring green roof-tiles influenced by Chinese temple architecture. In the spaces between the arches are four towering statues named Agriculture, Commerce, Transport and Industry, representing sectors of Malaya’s colonial economy. While the statues were previously attributed to Italian sculptor C. Rudolfo Nolli, recent evidence suggests that they might have been the work of his contemporary, Angelo Vannetti, whose signature appears on one of the sculptures. Located above the statues are four crests that bear the initials of the Federated Malay States Railway. 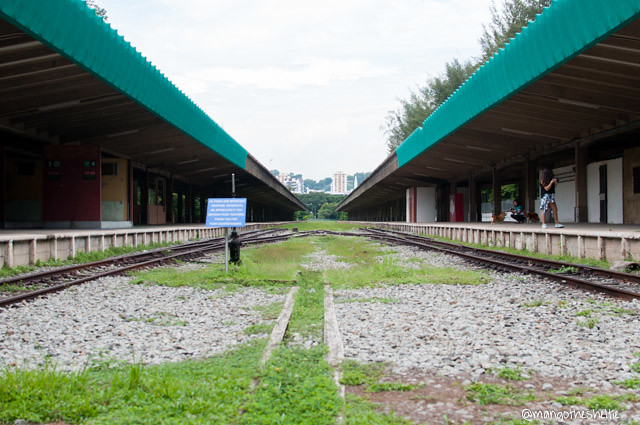 Train platforms on both sides of the tracks

The train platforms, each 950 ft long, were designed to accommodate the longest mail trains at the time when the station was built. 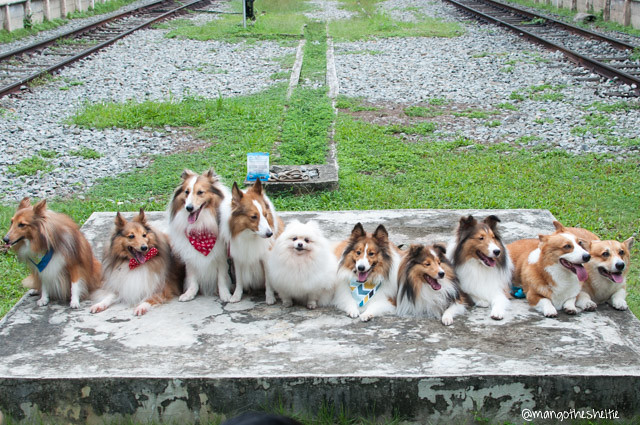 Clearly, there’s one (actually 3) not like the others. Hahahaha. 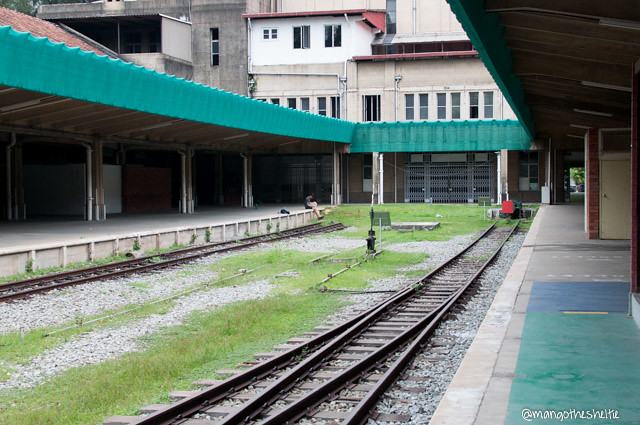 We then walked around and took many pictures of the dogs! Best time for photos when it’s not crowded, right? 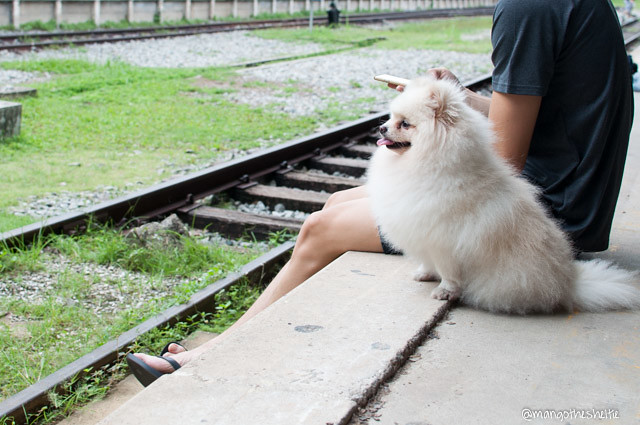 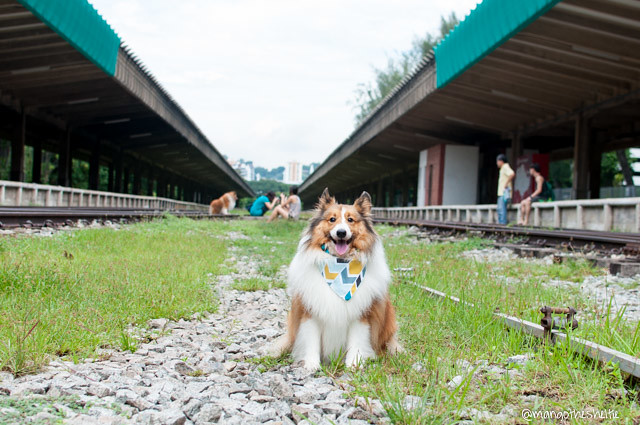 Thankfully it wasn’t a scorching hot day, even though it was rather warm. Plenty of water for everyone!

Waiting for the train that will never come 😅 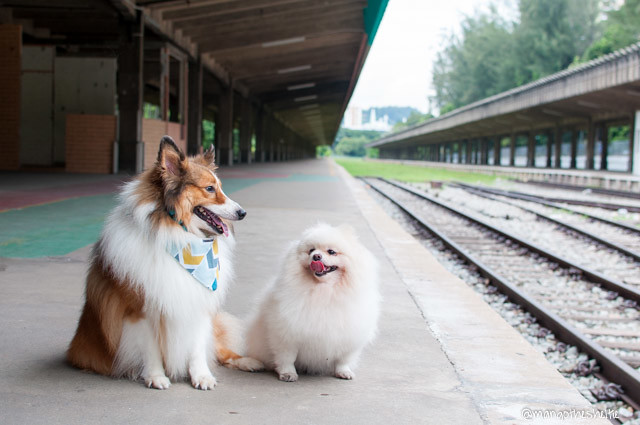 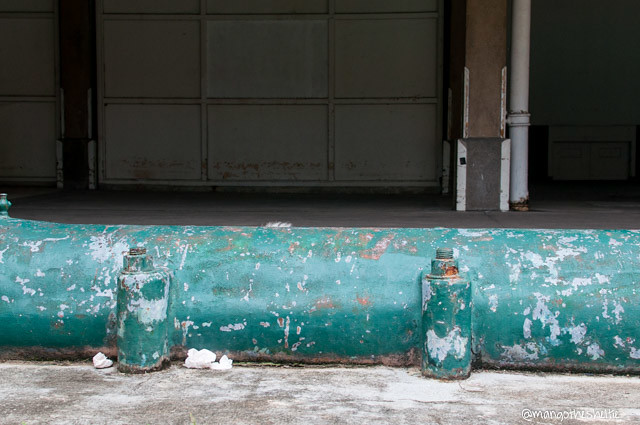 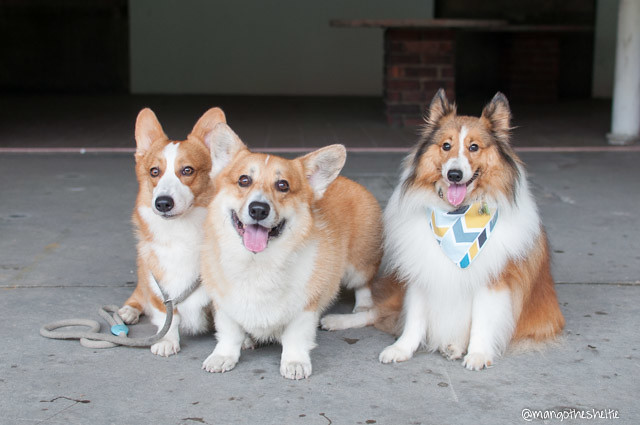 First time meeting them! They can definitely blend into this sable group. 😂 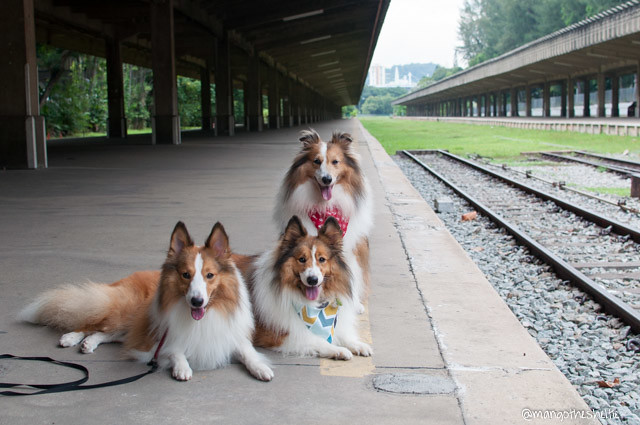 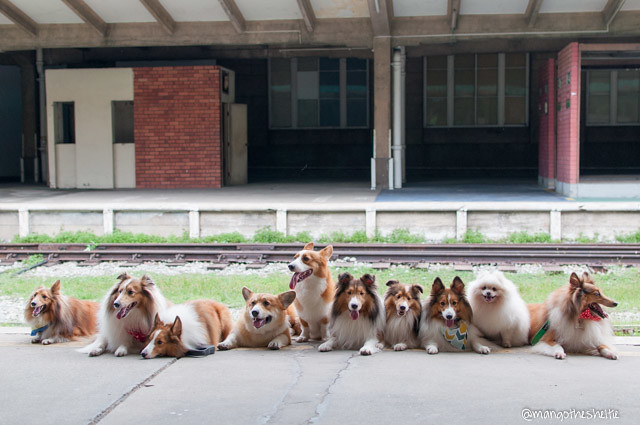 Today's headshots! 😂 can you name them all? @spirit_the_sheltie really knows his angle! 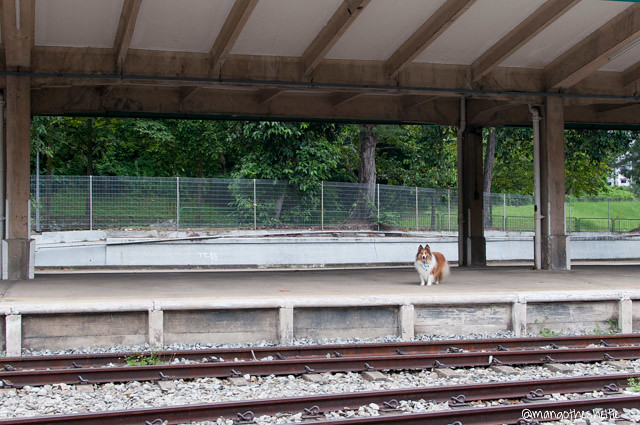 “Hello from the other side~~~”

I crossed the tracks to get to the other platform because someone needed help with a photo… then I turned around to this face staring at me. 😂 Everyone was looking at him/us because he kept his eyes on me the whole time. ❤ 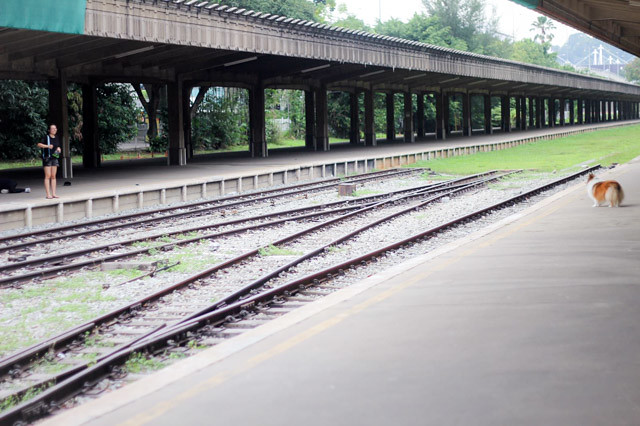 It was really quite “awww” inducing because he mirrored me exactly on the opposite platform and we walked back to the start “together” to finally (Mango’s perspective, probably) meet again. 😂

Though I am thoroughly grateful that he sticks near me all the time and doesn’t lose much focus (unless he’s in a totally comfortable/familiar location). 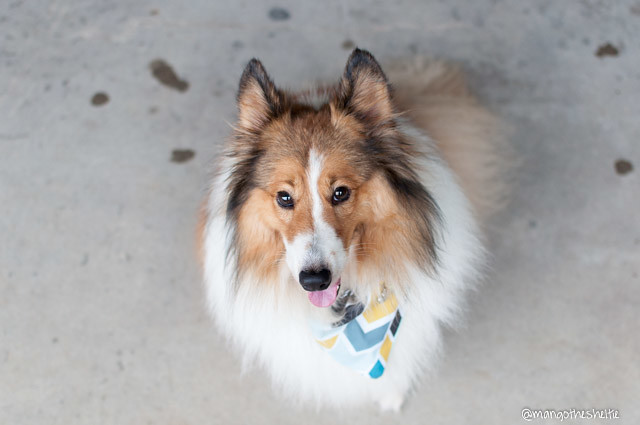 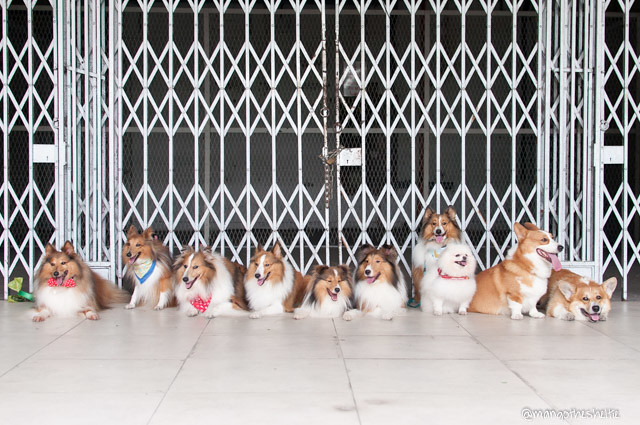 Another group shot! Can you name them now? 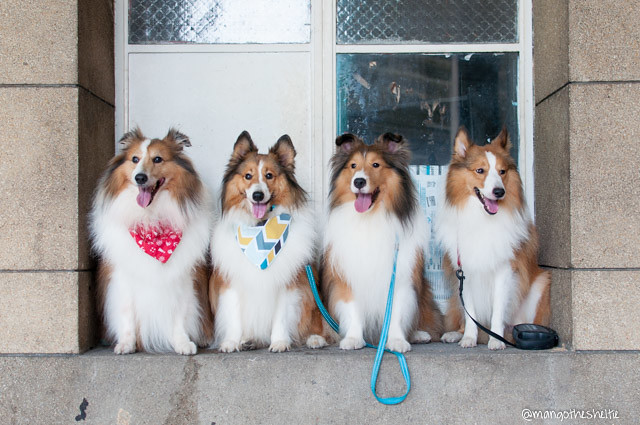 They’re all Shelties, but each with a different look! I love how similar yet different they are. ❤

After some time, we went inside the station itself. 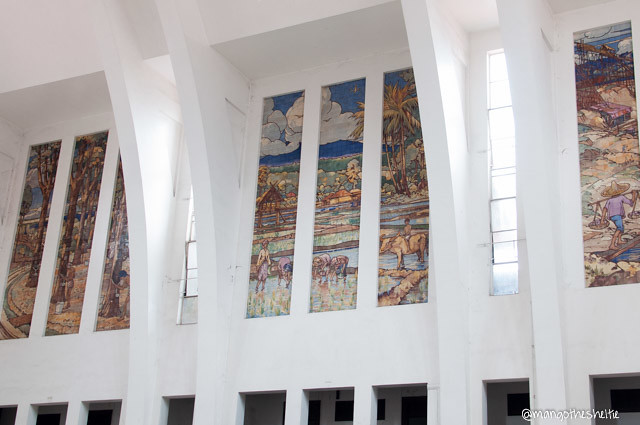 On the walls of the station are murals designed by William Rowe of Doulton & Company that depict economic activities that were prominent in Malayan history such as tin mining and rubber tapping. 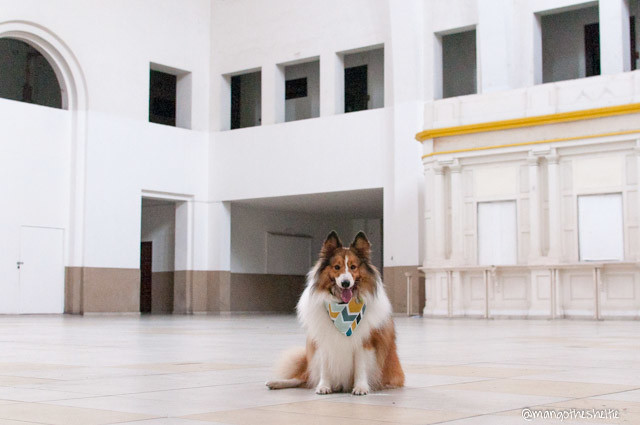 “Where can I get my tickets from?” 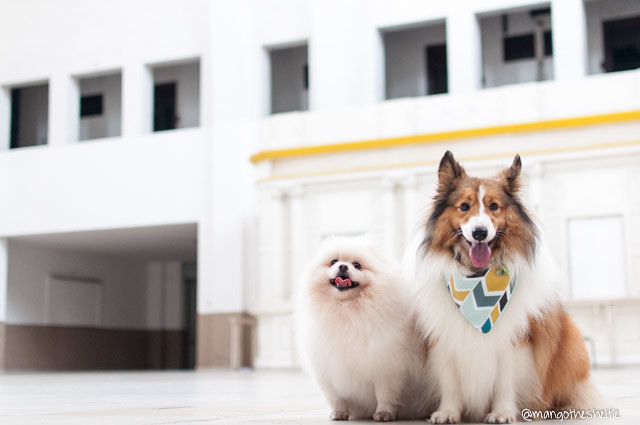 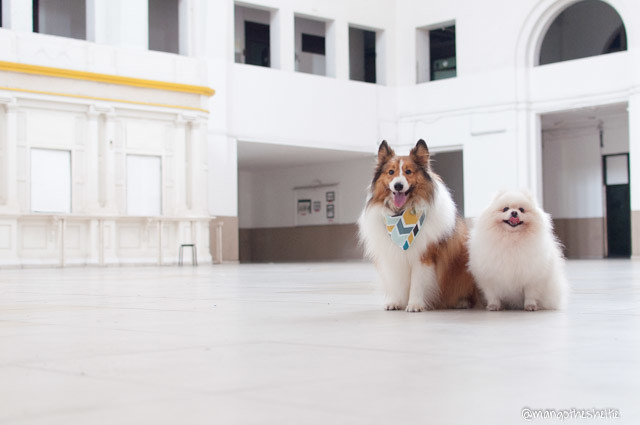 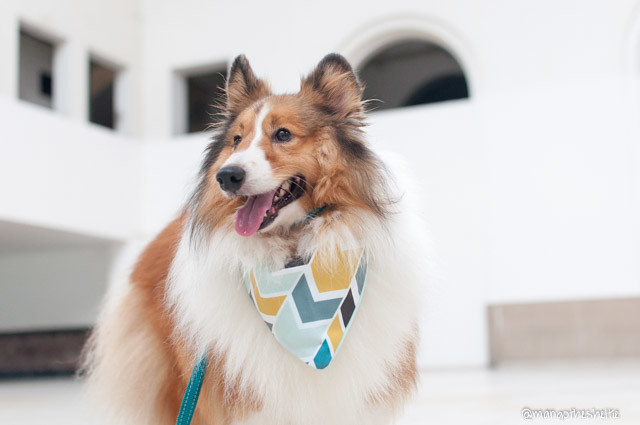 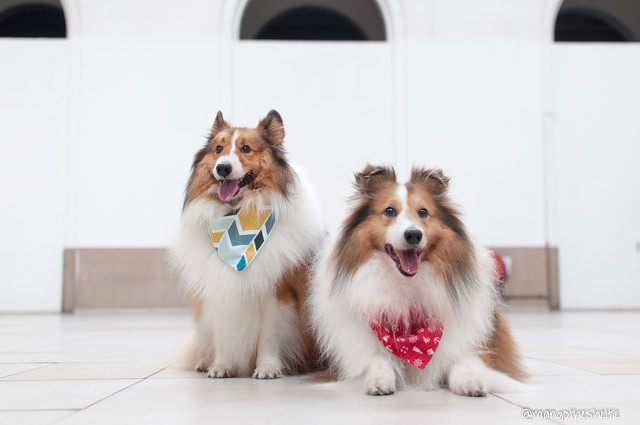 All in all, it was a unique experience. Especially with the closure of the station till possibly 2025? Mango would be 15 then? BUT! It’ll probably no longer be dog-friendly with the new MRT station underneath it. It was a really good chance to bring our dogs there for one last visit! Thank you again, @codytheshetland‘s mama for this arrangement! ❤️ 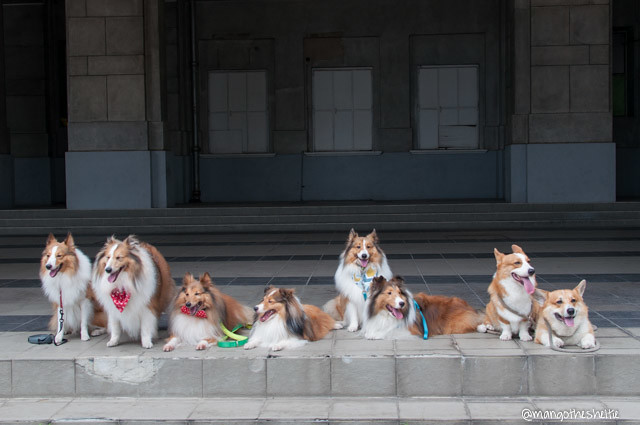